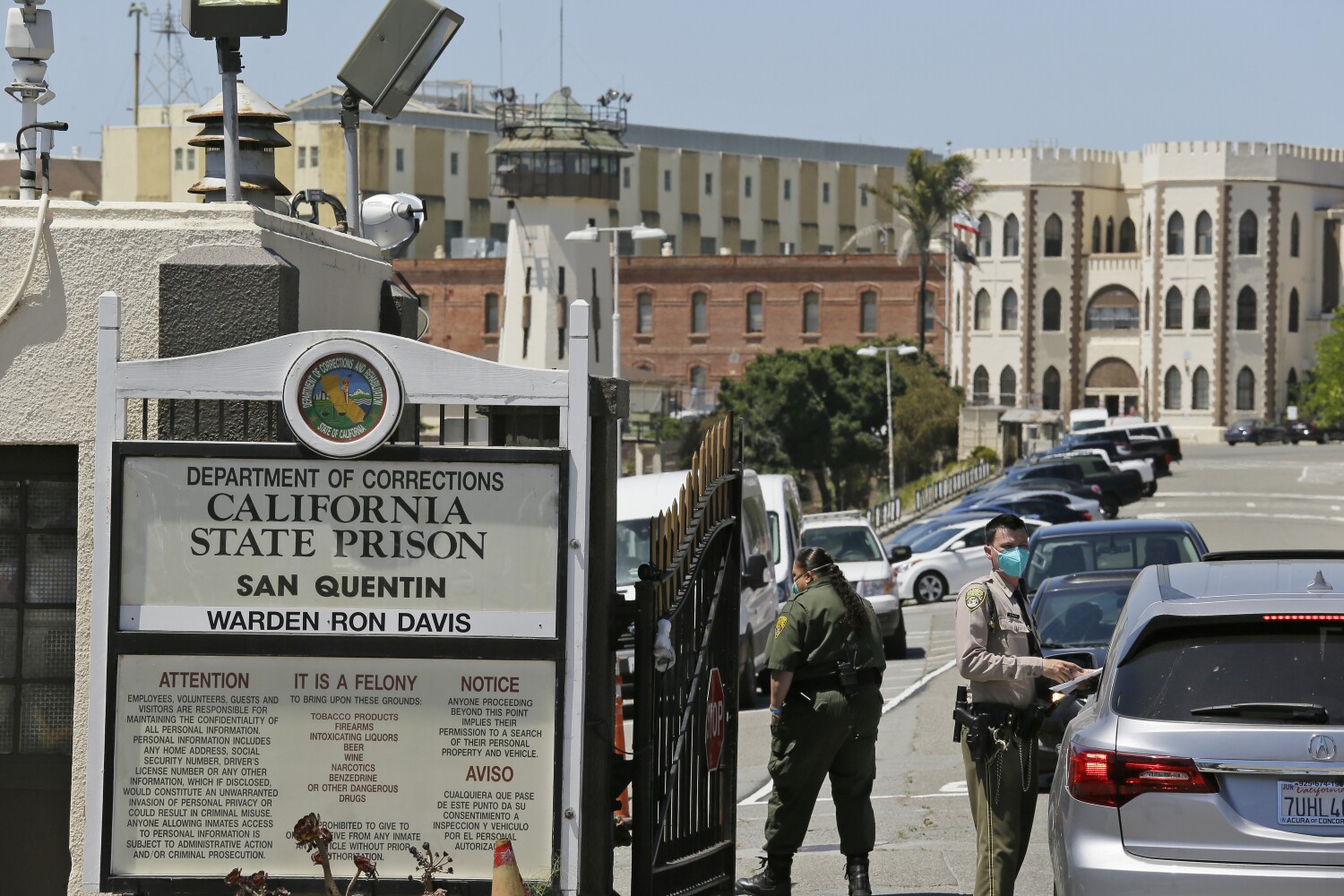 A California bill that gives transgender, nonbinary and intersex inmates at state prisons the right to be housed at either men’s or women’s facilities is under fire in a lawsuit filed last week.

The Women’s Liberation Front, which also opposes transgender athletes’ participation in girl’s and women’s sports, filed the lawsuit in federal court alleging that SB 132 is unconstitutional and creates an unsafe environment for women in female facilities.

The complaint does not refer to people who transfer to female facilities by female or nonbinary pronouns such as she or they, instead referring to them as men.

“The foundational basis of our lawsuit is that these are male offenders being housed in women’s prisons,” said Lauren Adams, legal director for the Women’s Liberation Front. “To pretend that they are female, in language or what we say about them or how we talk about them, goes against the whole basis of the lawsuit.”

Transgender and LGBTQ+ advocates slammed the suit as baseless and damaging.

“The way they wrote (the complaint) is saying that trans women are men and they are putting men in women’s prisons, which is completely false,” said Bamby Salcedo, president and CEO of the TransLatin@ Coalition, which cosponsored SB 132. “They’re making a claim that is not accurate and not respectful towards trans women specifically.”

Salcedo, a transgender woman, spent nearly 14 years in men’s prison facilities more than two decades ago and said her experience inspired her to fight for the dignity and safety of transgender inmates.

“My experience was similar to what trans women are experiencing today,” she said. “I’m a survivor of sexual assault in prison and physical assault and some of the things that trans people go through, including being punished for who we are and being blamed for things that happen to us.”

“That’s why I have dedicated myself to ensuring that the rights of trans people within our society are respected and recognized,” she said.

Under the bill enacted earlier this year, 291 inmates housed at male facilities have requested to be moved to female facilities, according to data provided Wednesday by the California Department of Corrections and Rehabilitation. The department has granted 41 requests and denied six. Ten applicants “changed their minds,” according to the department. The remaining requests remain under review.

Seven inmates have requested transfers to male facilities and those requests are also under review.

Department of Corrections deputy press secretary Terry Thornton said in an email that the department had not been served with the lawsuit as of Wednesday afternoon and declined to comment on the pending litigation.

“The department is committed to providing a safe, humane, rehabilitative and secure environment for all people in its custody,” Thornton wrote. “Federal and state laws impose legal obligations related to the treatment of people in custody with specific provisions for gender nonconforming people.”

A 2007 UC Irvine study found that the rate of sexual assault was 13% higher for transgender inmates.

“Bonta has been a champion for the trans community during his time in the Legislature and now as attorney general,” he said.

In recent months, Bonta has supported the participation of transgender athletes in school sports and banned government travel to states like Florida, Montana and West Virginia that enacted laws deemed harmful to the LGBTQ+ community.

Ben Affleck on His ‘Beautiful’ Love Story With Jennifer Lopez

Heat Confident Duncan Robinson Will Get Out of Shooting Slump